Back in March, Human Rights Watch (HRW) published a report indicating that the Taliban control the systems holding sensitive biometric data that Western donor governments left behind in Afghanistan. We spoke to Belkis Wille, a senior researcher at HRW, about the report’s findings and how the use of biometrics in the humanitarian sector has the potential to put people at risk.

Data is often celebrated for its potential to improve the efficiency and accountability of humanitarian agencies. But the use of data (especially biometric data) in the context of emergency response may end up reinforcing existing power asymmetries between those in need and those who distribute help. “I have seen this very transactional dynamic being created where one person is giving another person a tent to sleep in, and in return getting their iris scanned.” Belkis Wille told us about how her experiences working in humanitarian response in Yemen, Syria, and Iraq informed her perspectives on responsible data: from questioning the complexities of meaningful, informed consent in these contexts to noticing the frequent lack of accountability for the agencies and institutions working with data in these contexts.

The latest HRW report examined six digital identity and payroll systems built in Afghanistan for or with assistance from foreign governments and international institutions. The systems contain Afghans’ personal and biometric data, including iris scans, fingerprints, photographs, occupation, home addresses, and names of relatives. Much of this data ended up in the hands of the Taliban, endangering the Afghan people. HRW’s report states that researchers have not been able to ensure that international donors such as the US government, the European Union, the UN, and World Bank have taken any steps to ensure that people whose data was collected are informed of what has happened to their data and what the consequences of that could be. Additionally, researchers note that the data could be used to target perceived opponents (and research suggests that this may already be happening).

Belkis believes that documenting cases of data misuse causing tangible harm is a fundamental step toward improving the sector’s data practises: “I don’t think anyone in the humanitarian space necessarily intends to do harm. If we can show how harm is being done, we can potentially very successfully advocate for better practices.” Together with her team at HRW, Belkis is working on cataloguing and publishing human rights violations resulting from the lack of data protection standards and thorough risk assessment in the case of Rohingya refugees, in Kenya, Jordan, Iraq, and most recently, Afghanistan. All of this research and reporting forms a part of HRW’s broader advocacy strategy around INGOs and state donors.

Where do we go from here?

The report calls on donors to develop a set of procedures for the work in similar contexts, including improved procedures for data collection as well as the potential destruction of sensitive data. It also urges donors to mitigate risks in countries where similar systems have been built, disclose what exactly has (or has not) been done in order to protect the data, and follow up with the people affected. HRW also recommends that the United Nations High Commissioner for Refugees (UNHCR) and countries considering Afghan refugee claims take the increased vulnerabilities and risks caused by the Taliban’s capture of asylum-seekers’ personal data into account when processing asylum claims.

If you’d like to learn more about responsible data collection in the context of humanitarian response, explore the links below. If you’d like to connect with Belkis or keep up with her work, you can follow her on Twitter.

This interview first appeared in the Mission Responsible newsletter #14. Subscribe to receive regular updates from us and keep an eye out for more interviews like this in the months to come!

The featured image is “Human Shapes” by Dr. Matthias Ripp CC BY 2.0 and was found via Flickr.

Alicja is a consultant, researcher, and a participation strategist interested in technology, culture, and social change. Her experiences include setting up digital communications and participation strategies for companies, social organizations, and cultural institutions such as the LEGO Foundation, Liminal, Danish Statens Museum for Kunst, New Economy Organisers Network, TechSoup, and an artists run gallery Vi lever på polsk. Alicja is currently spearheading the Responsible Data community. 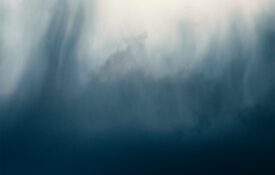